"THE IMPORTANCE OF BEING A NON-NATIVE TEACHER OF ENGLISH" (4)

"THE IMPORTANCE OF BEING A NON-NATIVE TEACHER OF ENGLISH" 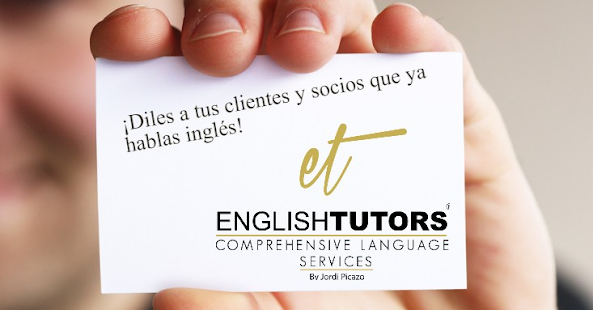 Dear readers from the World over, here you will find another piece of the Academic paper published by Professor Dr Barbara Seidlhofer on the issue. Please feel free to comment..

EFL teachers need to be able to handle different roles. On the one hand, they are under pressure to teach their students ‘authentic’, or ‘real’ English, that is to say English that has not been ‘doctored’ for pedagogic purposes. For this, they need to be competent speakers of the language (informants). On the other hand, they are under pressure to make the learning process real for their students, to help learners authenticate language so that they can make it their own in various contexts of use, including those of the classroom specifically designed to induce such learning. For this, they need to be competent pedagogues (instructors).

Difficulties may arise when teachers have to balance these two requirements in their heads while making choices as to what is relevant and helpful for their students: what do their learners have to do now, in the classroom, to get to where they are eventually going? With the advent of communicative language teaching , this second question receded somewhat into the background and over the years has become increasingly difficult to address. Taking into account the disciplines which have been particularly influential in the development of communicative language teaching, namely discourse studies, the ethnography of speaking, pragmatics and work in related disciplines, there are two perspectives on the subject EFL: in terms of the target communicative competence, and in terms of creating appropriate contexts for learning (Seidlhofer & Widdowson (forthcoming)). Communicative target behaviour refers to the target language of the native speaker community in contexts of language use. This is for instance what the needs analysis of the Council of Europe is all about (e.g. Van Ek & Trim 1990). The definition of communication in target contexts of use is based on observations of native speaker discourse in specific contexts. For the purposes of FLT, these observations were then formulated in supposedly generally applicable ideas such as notions and functions, which constitute the groundwork of a communicative pproach. In some extreme cases, over-zealous communicative teachers have interpreted their task (and have sometimes been encouraged to do so by the ELT industry) as that of getting their students to ape native speakers as faithfully as possible, of rehearsing them in patterns of nativespeaker behaviour, with all the cultural baggage that comes with this going unquestioned, even unnoticed (see e.g. Prodromou 1988, 1996; Widdowson 1994a). Correspondingly, great importance has been attached to authentic texts, that is naturally-occurring texts that have not been meddled with for pedagogic purposes. Clearly, in such a view of the subject EFL, native-speaker teachers reign supreme: as naturally occurring speakers of the target language, as it were, whose access to their language has not been meddled with for pedagogic purposes, they have a huge advantage over the non-native teacher because they can be admirable, infallible informants.

There has often been the danger of an automatic extrapolation from competent speaker to competent teacher based on linguistic grounds alone, without taking into considerations the criteria of cultural, social and pedagogic appropriacy (Seidlhofer 1994).

As to the second perspective on the subject EFL, this is in terms of the context of the classroom in the actual process of learning, where the emphasis is on communication not in contexts of language use in the native-speaker community, but in the transitional language which activates learning in the learner community. Here native speakers lose their initial advantages over nonnative teachers, since being an effective communicator in the target language does not automatically make for the ability to identify language which is pedagogically effective.

The familiar arguments in this context are that the non-native teacher in many cases shares the same background as the students, she knows the cultural context which the context of the classroom has to be constructed from, rather than just modelling it on the target community. Most importantly perhaps, the non-native teacher has been through the process of learning the same language, often through the same L1 ‘filter’, and she knows what it is like to have made the foreign language, in some sense, her own, to have appropriated it for particular purposes. This is an experience which is shared only between nonnative teachers and their students. One could say that native speakers know the destination, but not the terrain that has to be crossed to get there: they themselves have not travelled the same route. Non-native teachers, on the other hand, know the target language as a foreign language. Paradoxically, it is precisely this which is often perceived as a weakness, although it can be understood, and drawn upon, as an important resource. This shared language learning experience should thus constitute the basis for non-native teachers’ confidence, not for their insecurity.

I have argued, then, that English as a foreign language is a quite different phenomenon from English as a first language. They are distinct experiences, which the teacher has somehow to reconcile - and this can be an overwhelmingly complex undertaking. While the balancing act required of EFL teachers between linguistic/pragmatic and pedagogic competences has always been difficult enough, the situation has been aggravated over recent years by rapid developments in the disciplinary areas which ultimately feed into teacher education and teaching methodology. Pushed along by drastic sociopolitical changes

in the ‘real’ world and technological revolutions in the ‘virtual’ one, many issues seem to have gathered critical mass all at the same time which are in urgent need of analysis, reflection and synthesis in order to make a positive contribution to TEFL. For instance, there are at present two major developments which seem to pull teachers in two directions.

Computerised text analysis has made available vast and detailed profiles of actual language use, and has made it possible to devise dictionaries and grammars based on corpus research. In Britain, the pioneer in this field, John Sinclair, has argued for some time that only corpus-based research provides valid descriptions of English which can then be the basis of teaching materials (e.g. Sinclair 1991). While the most famous outcome of the Sinclair team’s Birmingham research are the COBUILD Dictionary and the COBUILD Grammar7 (based on British and American spoken and written texts), the Nottingham-Cambridge CANCODE project aims at providing a corpus-based description of spoken grammar, in particular of informal, naturally occurring conversations conducted by native speakers throughout Britain (cf. Carter & McCarthy 1995). An important finding of these descriptions of actually occurring language use is that much of what we find in conventional grammars and textbooks (which was at least partly based on native speaker intuition) does not accord with the newly-found reality uncovered by corpus research. Existing textbooks are being examined with reference to certain features of real, i.e. attested language, and invariably found wanting (e.g. Boxer & Pickering 1995); the verdict is that practically all studies based on naturally-occurring data show that “at least some of what existing textbooks contain is wrong, or at best, misleading” (Channell 1996). Consequently, materials writers and teachers world-wide are exhorted not to withhold the newly available facts of native speaker language use from their students, to forsake EFLese and to teach them English as it is really written in Chicago, and really spoken in Cardiff. This claim might be summed up as “aspire to real native-speaker English!”.

But there is another, and as I see it, conflicting claim. This derives from the fact that we now know a good deal more than, say, 20 years ago about nonnative varieties of English and the use of English as an International Language.

There is an ever-growing recognition of the importance of institutionalised varieties of English in the Outer Circle (Greenbaum & Nelson 1996), of the sheer volume of non-native - non-native communication in English as a lingua franca (e.g. Meierkord 1996), and a recognition of bi- and multilingualism rather than monolingualism constituting the socio-linguistic norm. The notion of native speakers’ ‘ownership of English’ is radically called into question (Widdowson 1994a), and a lively interest is arising in describing non-native varieties of English and in drawing on these descriptions for a more realistic methodology of EIL (e.g. Baxter 1980, Brown 1995, Gill 1993, Granger (forthcoming), Jenkins 1996).

These insights pertaining to linguistic factors are complemented by developments in methodology. The prevailing orthodoxy of learner-centred teaching combines with an emerging respect for local cultures in lending strength to calls for an appropriate methodology (Holliday 1994) and alternative research agendas for classroom teachers (Holmes 1996). These changes go hand in hand with an increased confidence of, and in, non-native teachers (Medgyes 1994, Van Essen 1995-). This state of play might be summed up as an exhortation to EFL teachers “assert non-native norms and local values!” And to reconcile this request with the above one to “aspire to real native-speaker English!” would seem to require a considerable capacity to engage in double think. Seen in a positive light, however, EFL teachers can practise double think constructively by weighing up these conflicting demands and taking responsibility for resolving incompatibilities from the vantage point of their learners’ needs and interests.

Oops, you forgot something.

The words you entered did not match the given text. Please try again.